Over this last year my son has gone from reading Julia Donaldson‘s ‘Songbirds‘ to J.K. Rowling’s ‘Harry Potter and the Philosopher’s Stone‘ – a massive leap.  This journey has involved him devouring books and left me with the job of feeding his appetite. (In other words, scouring the internet for more book recommendations late into the night!) Of course, like any parent, I want to give him wholesome food to satisfy him, although obviously the odd sugary snack is allowed. 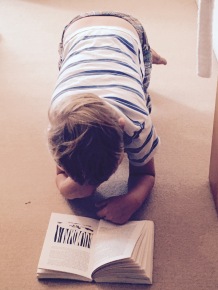 I thought I’d share a few of his favourites from along the way, from early readers and short chapter books to more substantial books for fluent but young readers.  The books I mention are part of series of books, so that if your child likes one you have more up your sleeve in the same vein!

Beverly Cleary, The Mouse and the Motorcycle Series

Welcome! I’m passionate about beautiful books, the arts and nature in education. Have a browse…